This is a very nice woman who wished to undergo a BBL. Dr Jejurikar performed Lipo360 (liposuction of the circumferential trunk) with fat graft to the buttocks and hips. She is seen more than 7 months postop. Not only does the patient have a shapelier buttock, but her body is now curvy when it previously had been straight. Because she lost considerable weight after surgery, her buttock has lost some projection, which is largely immaterial because she has such a transformed body shape! 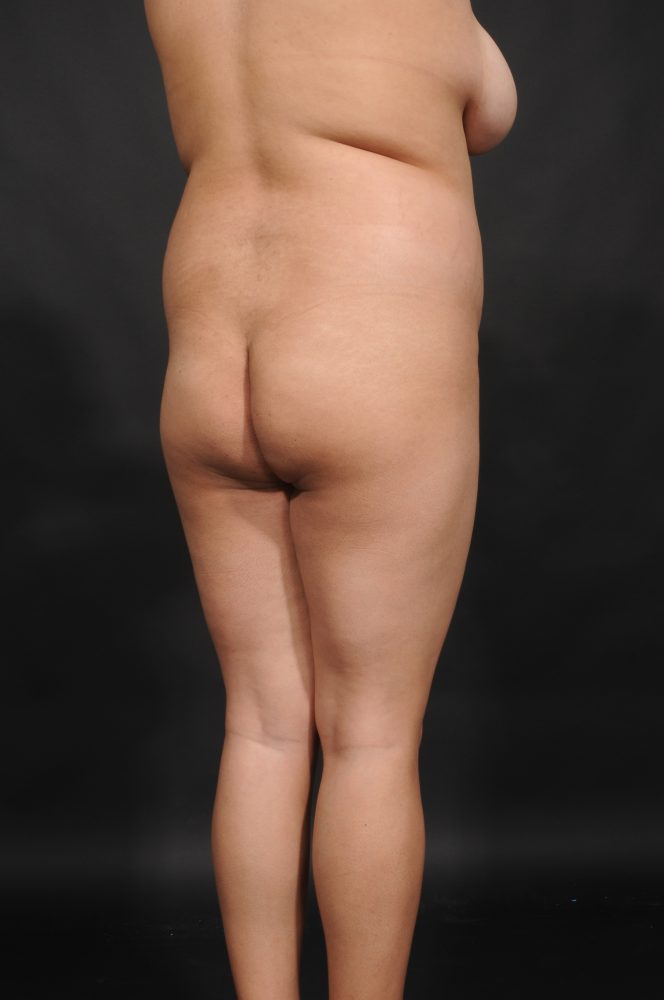 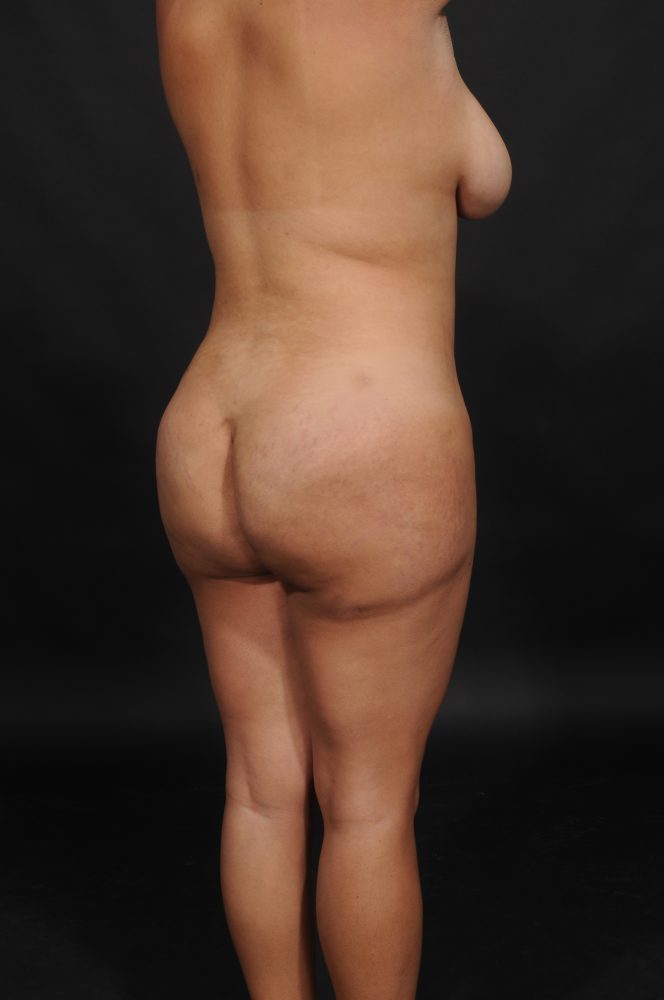 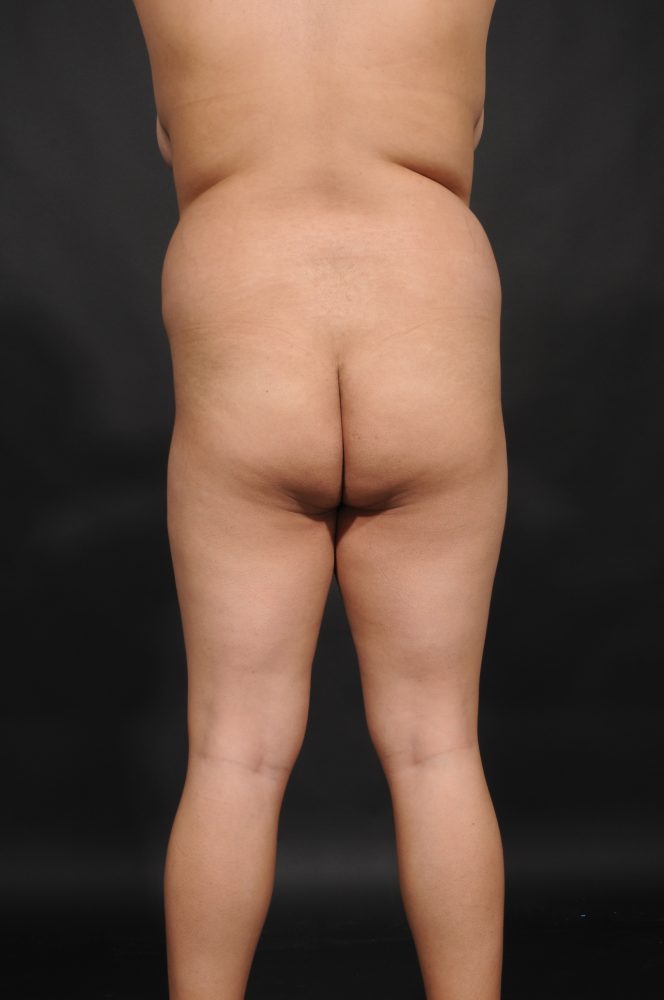 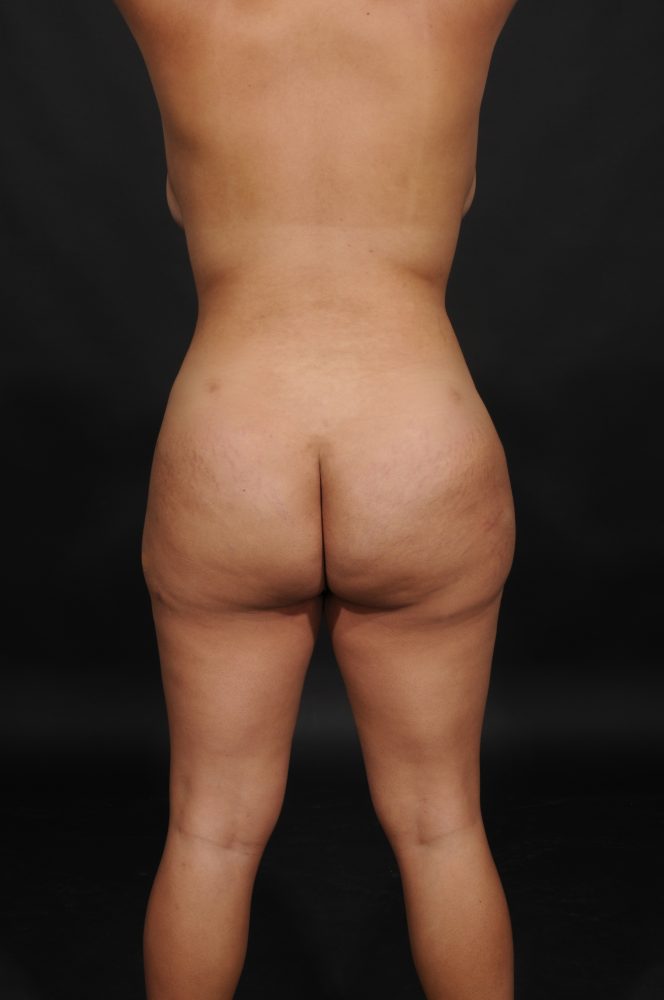